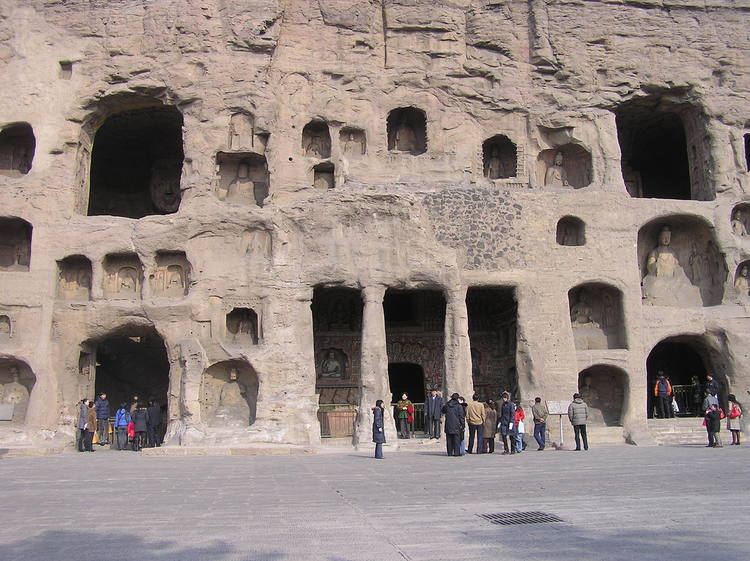 Recently, the No. 18 Cave of Yungang Grottoes in Datong City, Shanxi Province has been copied successfully through 3D printing technology. From the data acquisition to the assembly of various modules, the whole process takes around 1 year and 9 months. This is the third copied cave after the successful copy of the No. 2 and No. 12 Caves. The copied grotto is 17 meters (56 ft) high and 22 meters (72 ft) wide. Its material is with the functions of moisture resistance, flame retardant, anticorrosion and waterproof and the grotto can be transported easily benefiting from its built-up way.

In fact, the amazing technology has been used widely in restoring and preserving cultural relics. However, every coin has two sides. On the other hand, it also sparks controversy as some people think it can be misused to make counterfeits.

3D Printing applied to cultural relics’ restoration in the world

The Palmyra Ancient City, with a lot of ancient buildings and statues, was a hot tourist destination in the Middle East. It was destroyed by the ISIS terrorists and the ancient buildings and monuments became ruins. In 2017, some environmentalists rebuilt the 3D printing models of the city to protest the destructive acts. What’s more, some restoration experts from Rome used the technology restoring two damaged limestone statues successfully. Another restoration happened in Britain. Many important fossils in Joint Mitnor, Britain had been stolen and the experts in the University of Birmingham managed to print the lost fossils.

Aside from the restoration of the relics, some museums use the technology to print copies of the historical relics to offer a better experience to visitors. For instance, in 2015, the National Museum of Norway copied a sword from the era of Europe’s Great Migration. Visitors can put a hand on it rather than just see it at a distance.

When the 3D printing is applied in the restoration of cultural relics, it also causes a general discussion as some people think the technology makes it much easier to make counterfeits. This concern is reasonable because the copies have a pretty high similarity with the original ones and it’s hard to distinguish them.

The technology is a double-edged sword. It has no fault but people should use it in right ways. The maturity of 3D printing technology undoubtedly is a piece of good news for the culture and tourism industries. A lot of precious relics can be preserved and we can even see some missed relics. Nevertheless, how to prevent the overflow of counterfeits is also a problem worth considering. What’s your opinion? Do you support the 3D printing being applied to restore relics? You can vote or see others’ ideas in our community.