The number of airlines has increased from five to eight today, of which Chinese airlines have significantly increased their share in the China-UK routes. 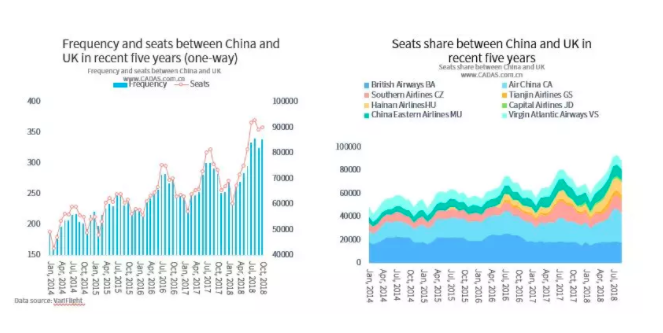 Except for Beijing, Shanghai and Guangzhou where passenger traffic are concentrated, routes departing from other cities are mostly solo routes, and in-flight meals have become the most talked-about topic for tourists;

Nearly 90% of the UK followers are post-80s and 90s generation with mid to high degrees, and the proportion of women is higher than that of men. They are mainly from economically developed areas including Beijing, Shanghai, Guangzhou and Jiangsu-Zhejiang area. Their focus on the UK tends to be information, film and television, music, travel, education and more.